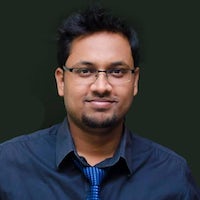 Subscribe to my newsletter and never miss my upcoming articles

a syntax extension to JavaScript, which gets compiled to JavaScript by Babel. After compilation, JSX expressions become regular JS function calls and evaluate to JS objects. So JSX can be passed around like any JS object. JSX attributes can accept both strings (inside "") and objects (inside {}). JSX prevents cross-scripting attacks (XSS) because everything is converted to a string before being rendered.

React elements are plain objects, are cheap to create. ReactDOM takes care of updating the DOM to match React elements. Elements are immutable, once created, you can't change its children or attributes. On the other hand, a component is an independent re-usable piece of code either in the form of a JS class or function that can generate a React element.

React only updates what has changed inside an element, by comparing it with its older state.

Props are read-only. Props allow you to pass data into a component. A component must never modify its own props. Although React is flexible with that, there is a rule - A component should act like a pure function which means that they should not change its own input. Rules about state -

Calling the base constructor with props is required when you use local state.

Synthetic events are cross-browser wrappers around the browser’s native events, to make sure that they work identically in all browsers.

Returning false from an event handler doesn't prevent default action like in DOM events. If you need access to the underlying event, use the nativeEvent attribute to get it. Here are the

Why are keys needed in lists of components?

When there are no keys defined, and there is a change in the list items as shown above, then React doesn't know which item is the newest one, so React compares all the elements in the list, to find out which one of them has changed. This is inefficient. So, by adding keys, like in the above example, React will know that the items with keys 2015 & 2016 have not been changed, and there is a new item with key - 2014 and it will render just that child. Also, using an index as a key is an anti-pattern and should be avoided when the order of the list items can change. More info here .

In HTML, the form and its elements like input maintain their own state. When you let React keep a track of the state of the form and the React local state for the component becomes the single source of truth, then the form elements are called controlled components. Example -

Here React controls the state of the form elements

In uncontrolled components, the state is handled by the DOM itself. Details here.

React has a powerful composition model that should be used instead of inheritance when you want to re-use code between components. Using composition it is possible to only use a part of an object in another object, but in the case of inheritance, your child object must contain the whole functionality of the parent. So instead it is better to use composition as they do at Facebook for thousands of components. More details here.

React context allows you to pass data into child components directly without the need to pass it through intermediate components. It should be used sparingly because it makes component reuse more difficult.

Context is designed to share data that can be considered “global” for a tree of React components, such as the current authenticated user, theme, or preferred language. For data that is specific to a few components only, yet needs to shared across them, use a state management library like Redux or Easy-Peasy

Error boundaries do not catch errors for:

A higher-order component (HOC) is an advanced technique in React for reusing component logic. They are a function which takes a component as input and returns a more advanced component. It recommended not to mutate a component inside a HOC, because by doing that it can not be re-used.

Note: you can implement most higher-order components (HOC) using a regular component with a render prop.

A useful way to achieve performance boosts is by using - React.memo

Note: Only extend PureComponent when you expect to have simple props and state, or use forceUpdate() when you know deep data structures have changed.

Added in React 16.8. They allow you to use state and other React features without writing a class. Hooks allow you to reuse stateful logic without changing your component hierarchy. Hooks are functions that let you “hook into” React state and lifecycle features from function components. Hooks don’t work inside classes

Using classes adds a lot of boiler-plate code like binding event handlers and the use of the "this" keyword a lot.

It allows you to perform side-effects inside React functions. Data fetching, setting up a subscription, and manually changing the DOM in React components are all examples of side effects. useEffect Hook is a combination of componentDidMount, componentDidUpdate, and componentWillUnmount. useEffect tells React to do something after render.

Note: useEffect runs after every render.

You can tell React to skip applying an effect if certain values haven’t changed between re-renders. To do so, pass an array as an optional second argument to useEffect:

A custom Hook is a JavaScript function whose name starts with ”use” and that may call other Hooks.

useReducer is usually preferable to useState when you have complex state logic that involves multiple sub-values or when the next state depends on the previous one. useReducer also lets you optimize performance for components that trigger deep updates because you can pass dispatch down instead of callbacks.

Returns a memoized callback. Pass an inline callback and an array of dependencies. useCallback will return a memoized version of the callback that only changes if one of the dependencies has changed. This is useful when passing callbacks to optimized child components that rely on reference equality to prevent unnecessary renders (e.g. shouldComponentUpdate).

Pass a “create” function and an array of dependencies. useMemo will only recompute the memoized value when one of the dependencies has changed. This optimization helps to avoid expensive calculations on every render.

useRef returns a mutable ref object whose .current property is initialized to the passed argument (initialValue). The returned object will persist for the full lifetime of the component.

The signature is identical to useEffect, but it fires synchronously after all DOM mutations. Use this to read layout from the DOM and synchronously re-render. Updates scheduled inside useLayoutEffect will be flushed synchronously, before the browser has a chance to paint. Read here .

Webpack will perform code-splitting when it sees this code. This is available out-of-the-box with next.js and create-react-app.

Dynamic Import & React lazy loading The lazy component should be rendered inside a Suspense Component. (Note: lazy() and suspense are not supported in server-rendered apps, so you can use Loadable for it)

Pages are loaded lazily when the route changes. Details here. 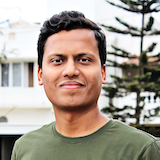 Great article for someone who is quickly checking out React as a new front-end library. What's under the hood and stuff that is developer-friendly. The concepts covered are brief and sends out the exact information you need while evaluating a new library or framework. This can be considered as a starting point before moving to the official React docs and learning resources.

Waiting for more articles about modern React concepts and patterns.