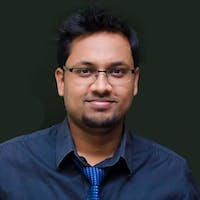 Subscribe to my newsletter and never miss my upcoming articles

Q. When should you use Arrow functions in JavaScript? What is the `this ?

Apart from being cleaner to read, arrow functions help in avoiding bugs related to the 'this' within callbacks, it because easier for a programmer to predict the value of this.

In JavaScript, the value of this depends upon the context where the function was actually called and not where it is defined. You can force a specific value for this using call, apply or bind. Once you’ve passed a method as a callback, you have no idea how it will be called, and thus no idea what this will be.

Here are some rules:

Describe the difference between <script>, <script async> and <script defer>

<script async> - The script will be fetched in parallel to HTML parsing and executed as soon as it is available (potentially before HTML parsing completes). Use async when the script is independent of any other scripts on the page, for example, analytics.

<script defer> - The script will be fetched in parallel to HTML parsing and executed when the page has finished parsing. If there are multiple of them, each deferred script is executed in the order they were encoun­tered in the document. If a script relies on a fully-parsed DOM, the defer attribute will be useful in ensuring that the HTML is fully parsed before executing. There's not much difference in putting a normal <script> at the end of <body>. A deferred script must not contain document.write. Note: The async and defer attrib­utes are ignored for scripts that have no src attribute.